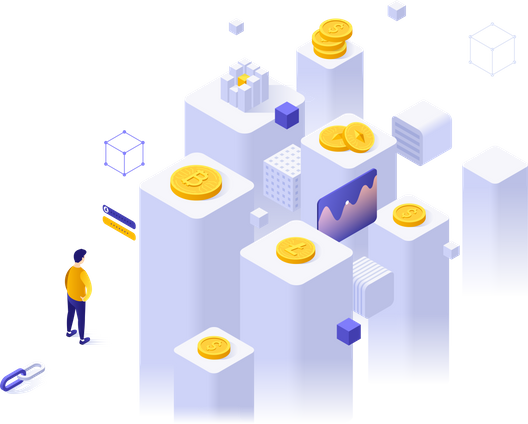 The 10 Biggest Developments in Bitcoin in 2022

Whether it's the Taro upgrade or growth in the Lightning Network, Bitcoin has seen steady progress this year, says Cory Klippsten, Tomer Strolight and Sam Callahan of Swan Bitcoin.

Price crashes and crypto collapses dominated headlines in 2022, but it was a year of significant progress for Bitcoin. In 2022, we saw how Bitcoin as a protocol allows for widespread innovation that fills whatever needs developers and entrepreneurs identify without any need for changes to that protocol. We’ve highlighted 10 important developments below.
1. Another year of 100% uptime
The greatest achievement in Bitcoin this year was, once again, Bitcoin itself. Bitcoin continued to operate flawlessly, with one block coming roughly every 10 minutes and its coin issuance precisely adhering to what was set out in Satoshi Nakamoto’s white paper in 2008. There were no emergency restarts, no hard forks, no chain splits and no protocol-level hacks or bugs. Yet again, Bitcoin delivered 100% uptime and was available to anyone in the world all year in the face of everything 2022 threw at it. Billions of dollars worth of Bitcoin were transferred every single day on its blockchain.
Bitcoin did all this without any foundation supporting it, without any direct employees, without any leaders or venture capitalists. As such, ongoing developments that rely on Bitcoin’s reliability and predictability were able to proceed with uninterrupted focus for yet another year and with the confidence that they’ll be able to do so for the foreseeable future.
It is worth noting that none of the remaining items on this list require any changes to Bitcoin’s base layer consensus rules.
2. Growth of the Lightning Network
While Bitcoin’s base layer remains rock steady, its most significant scaling protocol, the Lightning Network, experienced massive growth and development in 2022. Lightning Network allows for instant, cheap payments off-chain, eliminating the need to wait for a block to confirm transactions. It is entirely decentralized and permissionless and improves Bitcoin’s scalability while still leveraging the security and settlement assurances of Bitcoin’s base layer. The network’s publicly visible liquidity capacity rose from 1,058 BTC to more than 4,771 BTC in 2022.
The number of Lightning Network channels rose by +80%, from 37,298 to 67,339 channels.
The number of publicly visible Lightning Network nodes increased by +88%, from 8,295 to 15,636 nodes (though the rate of growth slowed in the second half).
All told, the growth of the Lightning Network was astounding this year, driven by numerous wallets that were launched, better tools for users that were built, and more educational resources that were produced. Instant, cheap payments (typically under 1 U.S. cent) became widespread in 2022 as Bitcoiners looked to exchange value peer-to-peer over the Lightning Network.

3. El Salvador – where no nation has gone before
In 2022, El Salvador experienced the greatest country rebrand in history under President Nayib Bukele’s policy of economic liberty and Bitcoin. Bukele appeared on the cover of Bitcoin Magazine's year-end edition, which showed the president looking like the Founding Father of hyperbitcoinization, the first mover and the leader who dared to embrace Bitcoin-only and the economic liberty it offered to his people.
Read more: What Is Bitcoin's Lightning Network?
In the column, Bukele called for all Bitcoiners around the world to recognize that El Salvador's fight against the global elites is their fight, too. El Salvador’s embracement of the bitcoin currency made clear to all that it understands exactly what revolutionary money actually is, despite the FUD from mainstream media. While U.S. regulators and political elites got taken in by the likes of Sam Bankman-Fried, bitcoin led to boom times in El Salvador. Tourism numbers have skyrocketed, GDP is growing and the country keeps stacking sats.
October saw the creation by El Salvador of the world's first “Bitcoin Embassy” in Lugano. This chamber of commerce will be headed by Salvadoran bitcoin miner and investor turned Bitcoin diplomat and “Honorary Consul” Josue Lopez. November saw the creation of the Bitcoin Office within the Office of the El Salvadoran President. The office was created to meet the growing demand for access and information from investors worldwide. The Bitcoin Office further establishes the El Salvador template for more nations to copy on the road to hyperbitcoinization. El Salvador closed out the year in the most bitcoin way of all – with President Bukele announcing that El Salvador would start buying one bitcoin every single day.
biexm - Unknown(Machankura)dhaka
4. Machankura – transacting with bitcoin over text in Africa
5. Taro – assets on the Lightning Network
This year, Lightning Labs introduced a protocol proposal to Bitcoin and the Lightning Network that aims to allow for the minting, sending and receiving of assets on the networks. Taro utilizes Bitcoin’s latest protocol upgrade, Taproot, to enable the issuance of theoretically any kind of asset on the Bitcoin blockchain while still using the immutable verification of Bitcoin’s proof-of-work consensus mechanism. Taro could allow for all kinds of assets like stablecoins, stocks, and bonds to be issued on top of the Bitcoin protocol opening the door for more use cases and more functionality on the network.
6. Impervious.ai – The first P2P Lightning-native browser
7. FediMints – collaborative custody
FediMint is a new method to custody bitcoin by forming collaborative custody communities to help secure each others’ bitcoin and protect privacy. This form of custody takes advantage of the inherent fact that humans trust those closest to them the most. It leverages technologies like federations and (David) Chaumian e-cash mints to cryptographically maintain privacy between the individuals of a group while also allowing them to share custody of the entire group’s bitcoin. This custody solution offers the possibility to scale bitcoin, improve privacy, lower on-chain fees and can get more individuals to take self-custody of their bitcoin around the world.

Impervious Technologies launched the first web browser built on top of Bitcoin’s second-layer scaling system, the Lightning Network. It is a peer-to-peer web browser that offers a full suite of tools for communication, data transfers,and Lightning payments without any middlemen. This comes in the form of secure peer-to-peer messaging, P2P video calls, P2P workspaces, decentralized identity management, decentralized data storage and direct user monetization of their data. All of these tools are fully encrypted, and they remove centralized intermediaries that collect and sell the user’s data. By utilizing the decentralized nature of the Bitcoin and Lightning networks, Impervious Technologies has given us a hint of what the Internet will look like in the future.

8. Value-4-Value – embedding payment functionality anywhere
Value-4-Value is a new approach to content publishing where the creator receives value after the “customer” enjoys the content, once again, through the Lightning Network. Over 10,000 content creators have already implemented Value-4-Value on their podcasts, and solutions such as LightningAddresses and Bolt-12 invoices, are making this possible for all other types of content, promising continued rapid growth in 2023.
9. Plebnet Lightning – community tools to make Lightning more functional
An informal Telegram group of ordinary people interested in running their own Lightning nodes formed and is about to cross over 5,800 members.
Not only do participants provide support to each other on best practices, but community members have developed and released numerous open-source applications to make some of the most advanced capabilities of Lightning Network easily accessible to anyone. sdLightning Terminal is a browser-based interface for managing channel liquidity on self-hosted Lightning nodes, performing submarine swaps via the Lightning Loop service, classifying channels and integrating loopd, poold, and faraday daemon. Balance of satoshis makes it easy to balance channels, making it easy to issue lightning transactions that balance channels' inbound and outbound liquidity. LNDg and Lightning Jet offer similar capabilities with more advanced features for monitoring nodes and maximizing efficiency.
10. Gridless computing with BTC mining
All over the world, people live with very little, very expensive or no electricity. Bitcoin mining is changing all this. One example, shared by Twitter founder Jack Dorsey, was powering a rural Kenyan village while securing the Bitcoin network with excess hydropower, all while lowering rates to 2,000 people (500 families) by approximately $10 a month to only $4.
Far from being an isolated example, a further $2 million in the financing, led by Stillmark VC and Block, was secured in December to use bitcoin mining to increase energy access across Africa while further distributing and securing the Bitcoin network.